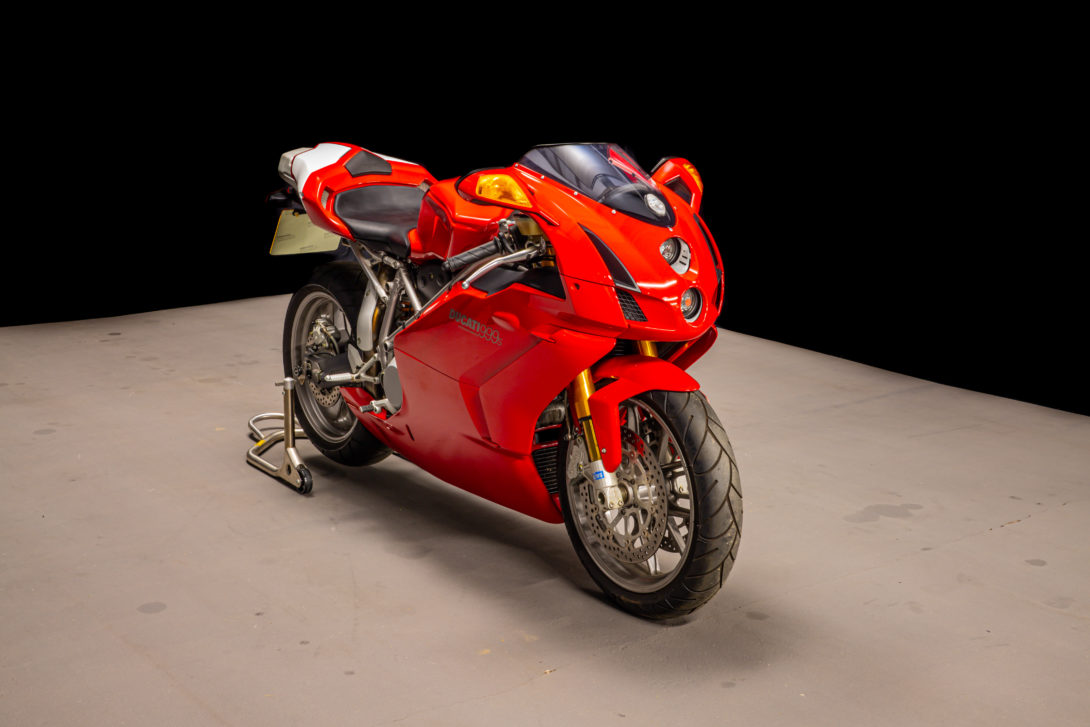 The Ducati 999 superseded the legendary Massimo Tamburini designed Ducati 916, Ducati 996 and Ducati 998 range of superbikes in 2003 and was produced up to 2006. This motorcycle enjoyed great success in World Superbikes and was raced in the series through the 2007 season, despite no longer being in production.

The 999 was designed by Pierre Terblanche, amid much controversy over its styling compared to its unanimously loved 916/996 models. It is known as a high performance, race oriented motorcycle and features the traditional Ducati ‘L Twin’ Desmodromic Valve actuated engine offering linear power delivery with high power and torque figures available even at low RPM. Additionally, with its high specification suspension and trellis chassis, it is one of the finest handling motorcycles for its time.

This ‘S’ model benefits from an even more highly tuned and powerful engine capable of 0-62 mph in under three seconds and a top speed of over 170 mph. It has received critical acclaim from many publications such as MCN which called it "simply the best V-Twin on the planet", and Motorbikestoday.com, which described it as "the most desirable, most exciting roadbike on the planet" in 2004.

As a result, this bike is certainly one for the collectors out there due to its exceptionally low mileage and excellent all-round condition.

For further information, please contact a member of the sales team. 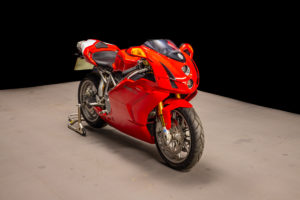