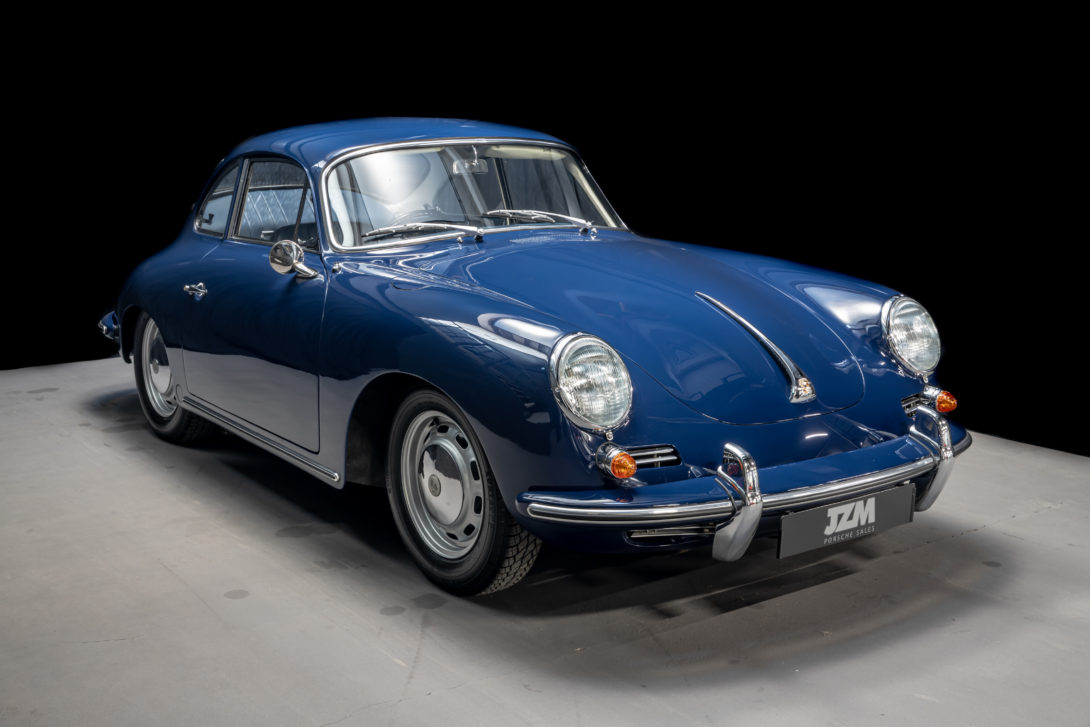 Whilst perhaps most famous for the 911, the history of the Porsche automobile brand began in 1948 with the Type 356. Lightweight and nimble-handling, rear-engined, rear-wheel drive, two-door available as both a hardtop coupé and open cabriolet/speedster. Engineering innovations continued during the years of manufacture, contributing to its motorsports success and increased popularity. Production initially started in Gmünd, Austria, where Porsche built approximately 50 cars. In 1950 the factory relocated to Zuffenhausen, Germany, and general production of the 356 continued until April 1965, well after the replacement model 911 made its September 1964 debut. Of the 76,000 originally produced 356’s, approximately half survive. Whilst unclear just how many were RHD examples were produced in 1964, it is believed to be less than 300, and only a small number of those would have been for the UK market. Records indicate that over the course of 356 production, less than 1,000 cars were imported by AFN, making it an exceptionally rare model.

Ordered new via Porsche Cars GB (formerly known as AFN), this 356 (chassis number 131863) was built in December 1964. Specified in Bali Blue with a Blue Vinyl interior, this example was delivered to AFN on 22nd March 1965, prior to being delivered to the first of its four owners, a Mr Highley of Harrogate on the 2nd April 1965.

During 2006 the owner at the time took the decision to commence the process of a thorough and complete restoration. Whilst little paperwork from early in the cars life survived, the DVLA were contacted and after several correspondences VIN # 131863 was reunited with its original UK registration mark of MMV7C. The car remained untouched for a few more years until it came in to the hands of Ian McKay; a true Porsche enthusiast and Porsche Club GB member. Utilising marque specialists Sandydown Bodyworks and PR Services, Ian set about commencing the process of a full restoration. No expense was spared on this 356 and there are invoices totalling in excess of £56,000 supporting the works carried out which include and are not limited to; bodywork, an engine rebuild, total refresh of the braking system, suspension and steering and a full interior retrim. Most recently the car has been serviced and set up at JAZ in August of 2021, and as expected now drives beautifully, as it should.

According to the original AFN Kardex, VIN # 131863 was built with engine number 716636, but at some point in the cars life the engine has been changed and it’s now fitted with a period correct engine (number 717606), which is remarkably just 30 units away from the original number!

The 356 T6 C was the pinnacle of 356 development, launched in 63 the ‘C’ featured four wheel disc brakes, first seen on the 2.0 Carrera 2, a more refined ride and excellent performance available as the ‘C’ with 75hp or as the ‘SC’ with 95hp respectively. Road and Track Magazine enthused over its comfort, quality and excellent performance, concluding “one would look a long time before finding a sports or GT car that offers more pure driving enjoyment”. 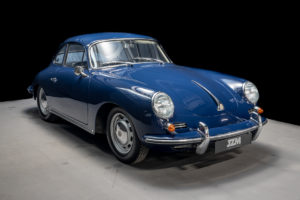