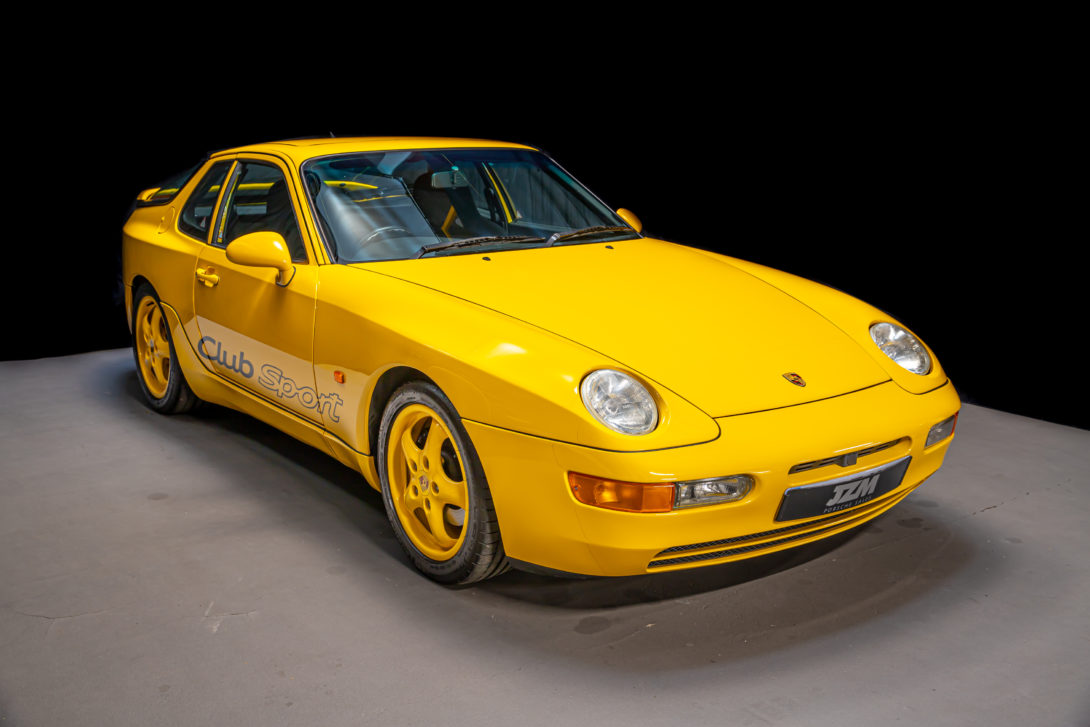 The 968 'Club Sport' or 'CS' was Porsche's attempt to appeal to track-minded enthusiasts by capitalising on the excellent chassis dynamics of the familiar 944/968 series. By lowering the car by 20 mm, tweaking the suspension, and stripping off some of the 'luxury' elements of the 968 a credible 100 Kg weight-saving was achieved which allowed the CS to sprint to 60 mph in 6 seconds and then on to a top speed of 162 mph. The Club Sport was even crowned 'Performance Car of the Year' in 1993 by Performance Car magazine in the UK going some way to establishing the CS as a sports coupe with serious credentials.

This very presentable, C16 UK Supplied RHD 1994 example we have for sale is finished in Speed Yellow with Black cloth interior (One piece bucket seats) complemented with black 'Club Sport' side-panel script and Speed Yellow painted 17" Cup alloy wheels.
Originally supplied new Via Chaplegate Porsche of Ferndown, this 968 CS is supplied with a continuous service history and detailed file, which includes a COA (Certificate of Authority) leather book pack, past invoices / mot’s and both sets of keys.

The odometer currently shows a reading of 37,295 miles and the last service was carried out during September 2020 at 37192 miles.

The VIN confirms that this is a genuine 968 Club Sport and comes with a six-speed manual transmission, three-spoke steering-wheel, non-electric windows, body-coloured spoiler, sunroof, and cloth one piece bucket seats.

This is a collector grade 968 C/S, arguably supplied in the right colour with overall condition that’s more than commensurate with the low miles recorded.

An upper tier example if ever we saw one so for further information on this 968, please contact a member of our sales team who are on hand to assist. 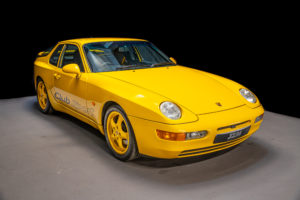