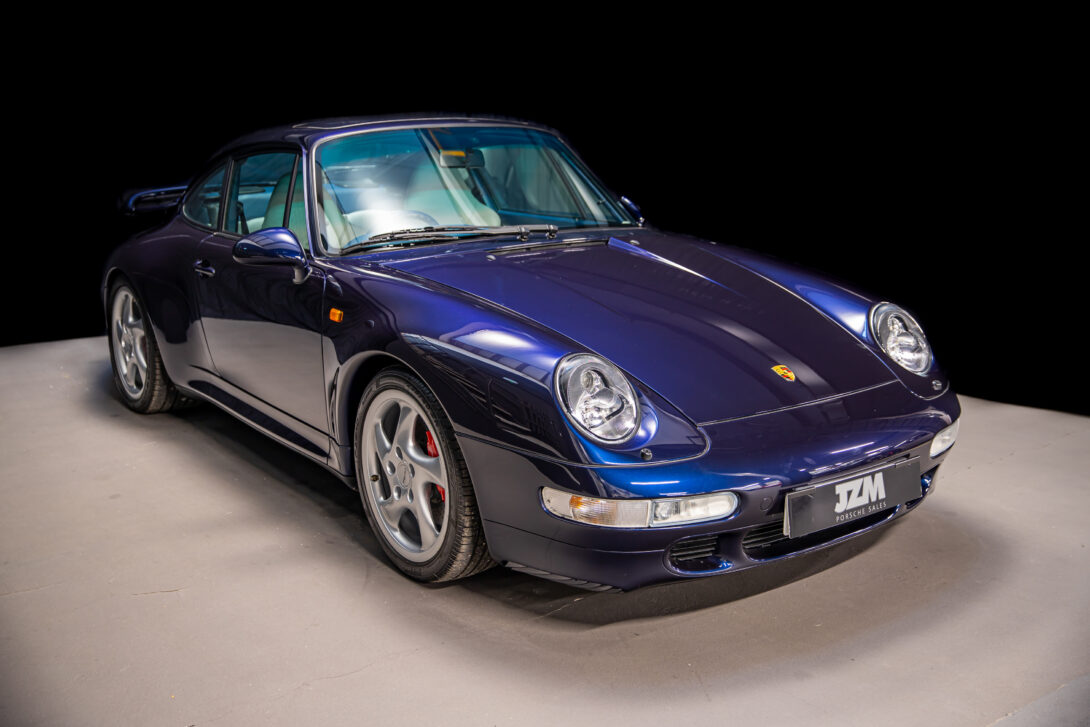 The 993 Turbo launched to critical acclaim in 1995 and represented a shift in philosophy for the engineers in Stuttgart. Gone was the wild ‘widow-maker’ ride, replaced with a focus and precision resulting from the introduction of an all-wheel drive system (originally pioneered and derived from the legendary 959) allowing this small and compact 911 to fully exploit the 402bhp and 398 ft lb of torque generated by the 3.6 litre twin turbo flat-six. Because of these newfound ‘manners’, drivers were able to harness and deploy the phenomenal power to devasting effect, leaving the contemporary rivals from Maranello (Ferrari F355) and Tochigi (Honda NSX) in its rear-view mirror!

This 993 Turbo was originally supplied via Porsche Centre Lancaster Cambridge, first being registered in February of 1996. The service history is documented totalling 13 stamps, split between Official Porsche Centre’s and reputable independent specialists.

This example has flown through its pre-purchase inspection with flying colours. As such it is ready for its next owner to drive and enjoy and will be supplied with 12-month JZM warranty for peace of mind.

Contact a member of the sales team for further information or to make an appointment. 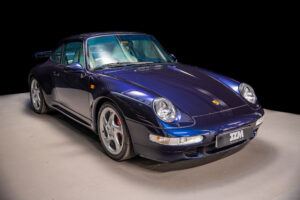