****THIS CAR IS CURRENTLY OFF SITE DUE TO JZM BUILDING WORKS, PLEASE CALL BEFORE VIEWING****

This vehicle has recently received a new "Van Wurxs" handmade interior which has obviously been put together with care and attention and certainly wasn't held back in terms of cost. The vehicle was a joy to inspect and flew through our rigorous on-site inspection with ease.

Given the links between Volkswagen & Porsche this opportunity was just to good to miss.

Please call for further information on this wonderful Bus......

The Type II was born in 1947, when famous Dutch Porsche racer, Ben Pon, spotted cargo being transported around the Volkswagen assembly plant on stripped-down VW Beetles. Instantly seeing the market potential, Pon sketched out a design for the Type II van and Volkswagen launched its new model at the 1949 Geneva Show.

Produced for more than four decades in the Volkswagen factory which was once frequented by Ferdinand Porsche, the VW Type II is an air-cooled icon, most especially the split-screen vans and Microbus models produced to 1967. Well preserved Microbus models dominate record prices at auction, with the rarest models selling for close to £140,000.

The immaculate split screen seen here is a 1965 Type II Microbus Deluxe ‘Samba’ model. Factory ordered without the normal Samba roof windows, this is a very rare vehicle. Offered in exceptional condition with sympathetic updates to improve usability, Volkswagen split screen ownership must be one of the more interesting forms of investment available! 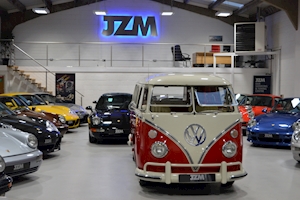 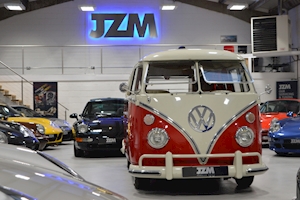 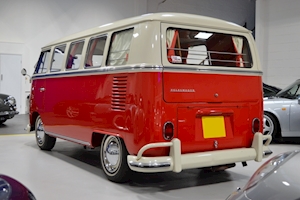 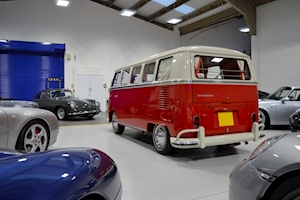 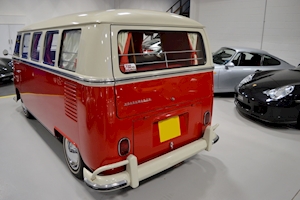 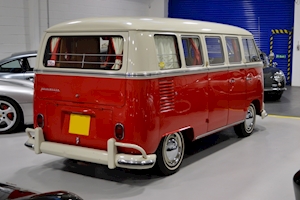 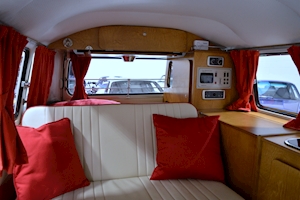 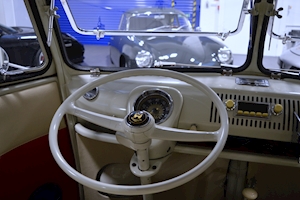